An initiative of St. Michael's Boys School, Galway, joined in a simultaneous video conference 4 countries with an EUMP. Marian Harkin was at the irish school and spoke with everybody. 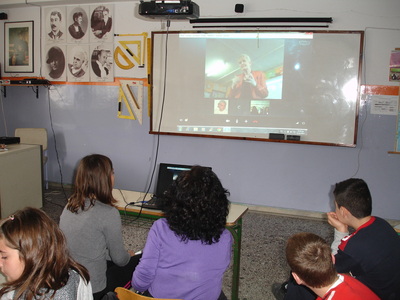 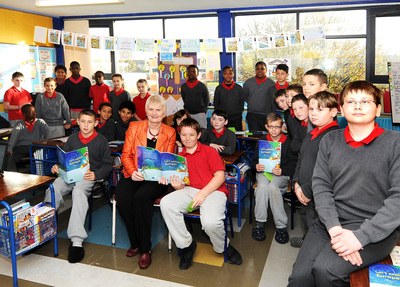 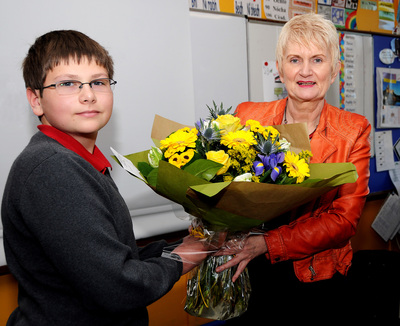 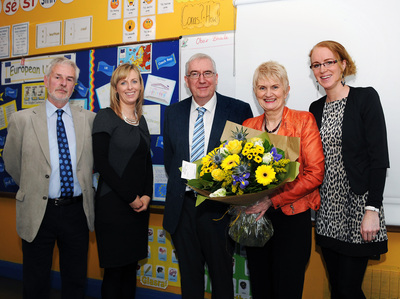 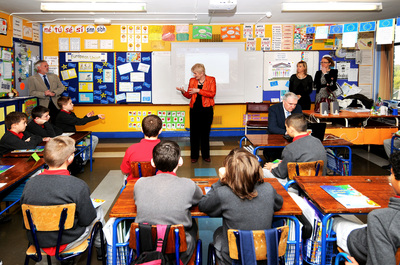 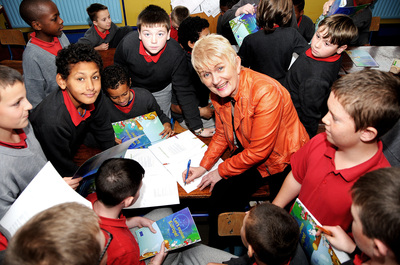 On November, 15h, pupils conferenced about several subjects. The catalan pupils showed a leaflet about Tomar and the portuguese showed a model of Sagrada Familia.
Portuguese pupils explored the contents af twinspace and website after the conference.
Ireland-Sweden Conference
Today the pupils of second class talked to the pupils of Bjorngardsskolen in Stockholm. Our pupils learned that in Sweden the feast of St. Lucia takes place on Dec 13th. Lucia was a young Christian girl who was martyred in 340 AD. She secretly brought food to the Roman Christians who were hiding in the catacombs (underground caves). She wore candles on her head so that she could use her hands to carry food. Dec 13th was the shortest day of the year in the old “Julian Calendar” and a pagan festival of lights on that day, was later turned into St. Lucia’s Day by Christians.

Nowadays St. Lucia’s Day is celebrated by a girl dressing in a white dress and wearing a red sash around her waist. She wears a crown of candles on her head. Both sets of pupils sang Christmas songs and the conference was great.

On Friday 31st May the pupils of 5a class in 1st Primary school of Asvestochori had a Skype Conference with the pupils of 4th class of Björngårdsskolan. Swedish pupils sang rapsongs and Greek pupils sang two summer songs. Then they introduced themselves and answered questions posed by the other pupils.

When they finished 5b class had a conference with the pupils of 6 class of Björngårdsskolan. They sang some songs to each other and introduced themselves.

On Thursday 31st January the pupils of 6a class in 1st Primary school of Asvestochori  had a Skype Conference with the pupils of 6th class of Björngårdsskolan. Pupils introduced themselves and answered questions posed by the other pupils. Also they sang some songs and danced all together a Greek dance.

St. Michael's School linked with 1st Primary School Asvestoxori on 19th December for a Skype Conference.  The sixth class of Ms Cunningham spoke with class 6b of Ms Tsokou. The main topic of conversation was Christmas. Pupils introduced themselves and answered questions posed by the other pupils. The Irish pupils wondered why the Greek pupils wore no uniforms and the Greek pupils wondered why there were no girls in the Irish class!
Both Irish and Greek pupils sang Christmas songs and played recorders and guitars.